Briefly after detecting and identifying the fungus in 1920 researchers around the world started to work on the problem responsible for millions of beautiful elms dying and forced to be felled. They tried two options: To fight the disease chemically or to make the elms resistant against it.

Until to-day only one chemical treatment was developed, but it is expensive and must be applied every year. Only very valuable old elms in parks actually are been treated.

The way to a resistant elm variety is long. By breeding a new elm you first have to find crosses with sufficient high resistance, second you want to find elms which are as beautiful as the susceptible elms and third they have to be vital and adapted to the climatic conditions. Trees grow slowly – you can judge a new selected tree not before it has grown for 15 years. More than 100.000 crossings have been tested so far, mostly in the USA.

1958 Prof. Eugene B. Smalley of Madison University/Wisconsin started his elm breeding program. He gathered elms all over the world, especially in Asia (Japan, China, Korea), many different species and subspecies. After the period of crossing all those elms with American and European elms, he had to inocculate the results with the disease. Thereafter he screened for vitality, growth pattern, beauty and other chracteritics. Dr. Ray Guries was his partner for this task.

Together with Smalley and Guries we identified about 50 crosses for further testing in Europe. In Darmstadt we tested these selections for adaptability to our climatic condition and had to test all once more for their resistance because our strains of Ophiostoma ulmi are different for the american. So far we have released about 10 varieties which were then officially tested and registered. Some are currently marketed, some may follow. 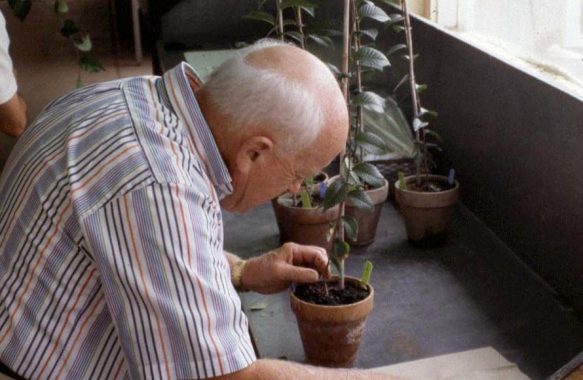 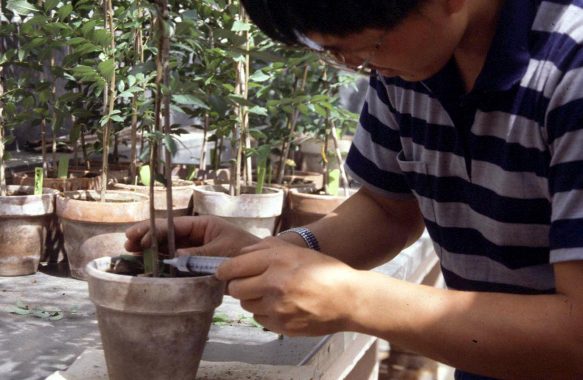